We put on a diet to look better, feel better and enjoy better health. But most of the time we get to diet for the sole and primary purpose of losing weight. But did you know that millions of people actually gain weight when put on a diet, instead of losing it? Of course, many people derailed during treatment and again regain the weight they had before, but for many it is simply too disciplined in treatment.

To conclude the diet with lower weight at first, avoid these rather common mistakes that can make you gain rather than lose kilos:

The party binge and the cycle of starvation

Did you know that there is evidence that diets make the body in a more efficient machine to store fat? It is a demoralizing news to the millions of people starting a new diet every year, but is a simple scientific question. The human body is designed to preserve itself during periods of famine. The problem is that, in modern days, many humans have replaced those stages of non-food diets.

If you doubt this, just think of someone used to dieting-called yo-yo. That person starts a diet, lose some weight, go off the diet and regains the lost kilos -and even get some extra kilos. This cycle leaves many people in a state of more overweight than they had before starting the regimen. Their bodies, confused by periods of low calorie intake, do exactly that for which they are designed: to accumulate more fat to survive during these periods of self-induced starvation.

To avoid this, it is important to consider healthy eating not as a temporary fixation, but as a true lifestyle. Choose an eating plan that you can follow in a comfortable manner at least 85 percent of the time, for the rest of your life.

Your weight is not the only indicator of success or failure of diet you’ve decided to take. Since muscle is denser and heavier than fat, it is possible that a person perfectly fit and healthy can weigh more than their peers with similar physical structure. Healthy slenderness is achieved with regular exercise, resistance training and a balanced diet. The unhealthy thinness is achieved by killing the body of starvation. This usually happens when a dieter uses his weight as the only benchmark of success when making selected board. By lowering calorie intake, their bodies begin to store fat, according to the genetic mechanisms of human beings and their reaction to the famine, as we said earlier. The weight may decrease, but only because their bodies begin to lose health and muscle mass.

To ensure optimal health, you should measure the percentage of fat that your body has. This can be done with special gauges, or visiting a gym where you have the necessary equipment to measure your body fat percentage electronically.

Women should have a fat content of between 21 and 36 percent. Men should have a percentage of between 8 and 25 percent. If your weight is low but your body fat percentage is high, you should improve your nutrition and starting a regimen that includes strength training. Your weight should be increased while going thinning, but in this case it is really good and a sign of progress.

Artificial sweeteners are not your friends

Researchers at Purdue University and the University of Texas have carried out conclusive studies on the effect of artificial sweeteners in weight gain. Their findings are removers: various examinations made on animals in Purdue showed that more weight is gained ingesting saccharin natural sugar. Meanwhile, at the University of Texas, they were astonished to discover that obesity was higher among those who only drank diet soda.

How is it possible that supposedly sweeteners have zero calories cause weight gain? There are many theories. Some researchers believe that artificial sweeteners actually stimulate the appetite, increasing hunger and making dieters eat more. Others believe that those dieters may believe they deserve some extra “prizes” that are consuming foods and beverages with zero calories and gives some “taste” for more.

Either way, the facts are clear: some if not most of the dieters consume only fatter when artificial sweeteners. To prevent this from happening to you, allow yourself to eat sugar, but in small quantities and special occasions.

As you can see, which makes the diet is not always the only guilty if you gain weight instead of losing it during the regime. Usually not a matter of much or little will start treatment. Evita “starving” and stay away from artificial sweeteners whenever possible, to eliminate two of the most common diet saboteurs.

Pros and Cons of juicing vs blending

Nutribullet vs Juicer for weight loss 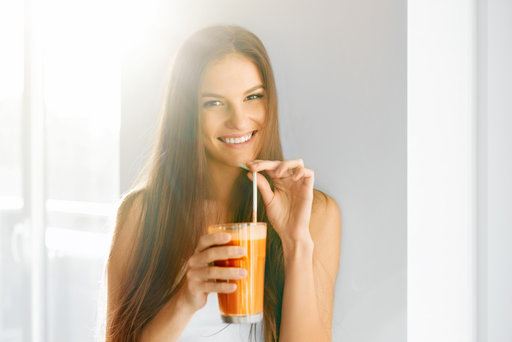